The Ottawa Bears and Mr Ottawa Bear 2020 will be hosting a virtual fundraiser for Northern Lights Refuge to help LGBTQ+ refugees.

Please see below for the full schedule of the evening’s events including photos and biographies of our live performers as well as our list of great prizes to be won!

Dori, the winner of the Mr Ottawa Bear 2020 competition, has chosen to support Northern Lights Refuge. This organization really needs your help to continue assisting LGBTQ+ refugees to settle in Canada.

Because of the pandemic, Dori has not been able to promote and raise funds for NLR the way he had hoped and thus the reason for this event.

Your generosity in purchasing bingo cards and a ticket for each person attending the event, even if you’ll be sharing a device to watch the show, is greatly appreciated as every dollar counts.

Note: You will have the option to make an extra donation at checkout if you so desire however the Ottawa Bears is not a registered charity so while the entirety of your donation will be forwarded to Northern Lights Refuge, you will not be issued a tax receipt. If a tax receipt is required, may we recommend that you make your donation via Northern Lights’ donation portal at Canada Helps.

We look forward to seeing your smiling faces at this amazing event!

Want yet another reason to buy a ticket (and some bingo cards)?

We have prizes! Lots of prizes.

Joining us LIVE from Dieppe, New Brunswick, a true Classic, DJ Sonny D is the East Coast’s most beloved DJ.

From the George Street Festival in St. John’s NF to Bearacuda in San Francisco to the main stage at Toronto Pride, Sonny’s played Coast to Coast and everywhere in between. In fact, Sonny’s DJed almost every weekend since 1999.

Recently retired from traveling, Sonny practices his craft by streaming online via Twitch or Mixcloud. Maybe you caught him dancing around in his boxers on his Growlr Live stream, playing his signature brand of fun and funky dance grooves or digging through his extensive record collection. Sonny’s always a fun time. 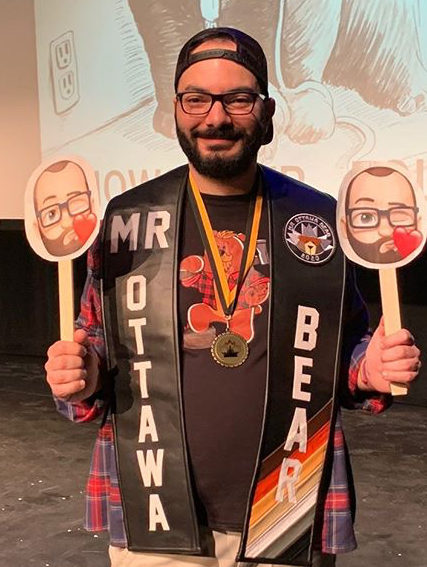 Let’s get the evening started with some introductions (Ottawa Bears committee members and honoured guests) and talk about what’s coming up during the evening.

Where Are They Now?

We will begin our fun night by taking a stroll down memory lane with brief visits from past dignitaries and bear friends. Get to know the bears that have helped make the Ottawa Bears one of the best bear clubs in North America.

Dori will talk to us a bit about his role with Northern Lights Refuge and tell us why this cause is so dear to him. 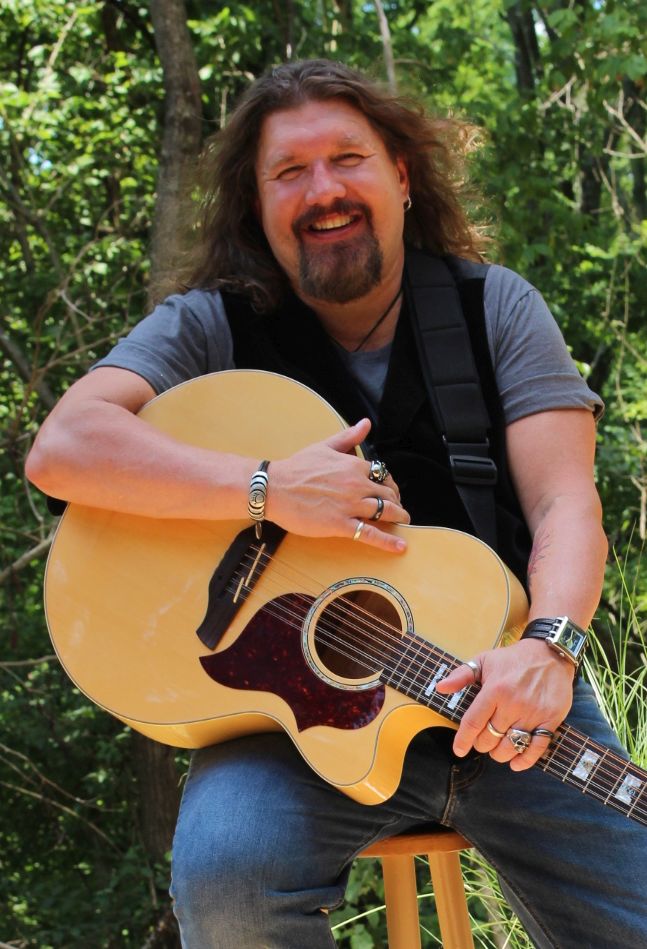 Coming to us LIVE from Cincinnati, Ohio, Jeff has been playing guitar and singing in various projects since 1979 and has released 7 CDs which includes two solo projects:
Love, Lust & Dancing and Dirty Water Revival. Information on all those are available online at his website.
When he isn’t out doing solo acoustic shows he fronts a cover band in the Cincinnati, Ohio area called Joey Said No (www.joeysaidno.com) and also writes and performs with the original band (named after his last solo cd) Dirty Water Revival (www.DWRRocks.com). The new ep from Dirty Water Revival will be released in November which includes a yearning version of “I Wanna Dance With Somebody”.
Learn more about Jeff at:
Bear Fashion Show (7:50pm) 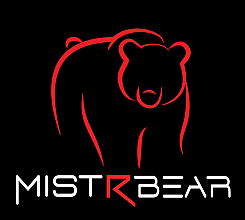 MistRbear will be showcasing some of the excellent bear and fetish themed clothing and toys that they produce in a fantastic fashion show.

Don’t worry, when you decide you can’t live without one (or more) of their amazing items, you can use the discount code that will be provided to all attendees during the event.

MistRbear is an LGBTQ+ clothing and novelties shop in the heart of the gay village of Montreal. They make 90% of their own merchandise in-house; indeed the store and sewing workshop are located at their St Catherine location.

It’s with pride that they make everything in the store for everyone no matter your body size; from XS to 4X and above.

The mission of the store is to emphasize that everyone’s body is perfect regardless of their differences and that no one should judge your physical appearance.

Hosted by two handsome local bears: Joel and Jason. These bear-themed bingo games will be sure to entertain while you win some great prizes:

Virtual bingo cards are $5 each and you can mark/unmark/reset the cards using your web browser.

You can purchase more than one card to improve your chances of winning and then open each in a separate browser window; or print them all out and stamp away like grandma did!

Your cards will be sent to you by email within one week of purchase along with instructions on how to use them. Purchase your card(s) early as there is a limited supply. 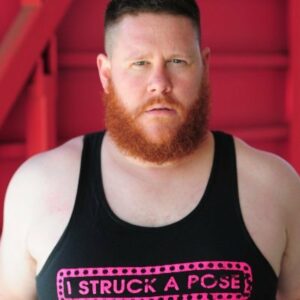 Streaming LIVE from his studio in Los Angeles, California, Homer Marrs is an indie rock musician who gets compared to They Might Be Giants but sounds more like David Sedaris tickle-fighting R.E.M. His sound is quirky pop/rock with lyrics that go from whimsical to wistful faster than you can say “unlock?”

Homer’s music has been called “expressive, relatable and overtly witty” (Anthem Review) and a “witty, winning blast of pop rock” (Any Major Dude Will Tell You) with “clever lyrics and cheerful anthems” (360 Magazine).

Before focusing on music, Homer performed sketch and improv comedy with the Second City (including a two-year stint at the Flamingo Las Vegas) and GayCo Productions, and wrote for several gay magazines when those were a thing.

Since quarantine Homer’s been working on new songs and done a series of acoustic covers from his home in Los Angeles. He performed at two virtual festivals for Bear World Magazine as well as Orange County Pride, for which he wrote his most recent release, “Happy Pride from the End of the World.” You can find that and other ditties on Spotify, YouTube, Bandcamp, and the other usual suspects. 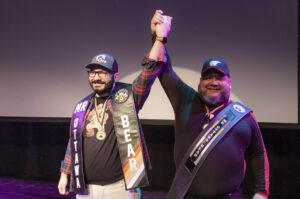 The crowning event of the evening will be the premiere showing of the full 1 hour video recording of the Mr Ottawa Bear 2020 competition from this past January.

Weren’t able to attend the competition? Now is your chance to see the show that everyone talked about for months.

Relive the memorable bear dentist routine that brought down the house as Dori amazed us all with his talent (and hot furry body).

Wanna get fired up about it? Here’s a teaser video to whet your appetite.

A great event is made even greater by sponsors and we have been blessed with excellent partnerships for Bear Refuge 2020. Please be sure to thank them with your patronage.